Apples and Snakes have posted the recordings of myself reading the Edwin Smith/RIBA commission.

In many ways this more Transmedia than poetry.

Where I am right now….a map

This post was originally posted on this blog in 2011!

Interesting how much of it now relevant again…

The following passage was taken from “DEEP MAPPING:” A brief Introduction by Iain Biggs. The concerns of deep mapping in its visual and performing arts manifestations are best indicated by Clifford McLucasâ€™ text There are ten things that I can say about these deep maps. For McLucas deep maps appear in the interaction between three basic elements: graphic or freestanding visual work; a time-based componentâ€”film, Â video, performance, or music; and a database or archival system that remains open and unfinished. He sees the process of deep mapping as challenging our presupposition that knowledge is the specialist domain of professional experts and wants it to bring together â€œthe amateur and the professional, the artist and the scientist, the official and the unofficial, the national and the local.â€ McLucas also argues that deep maps should be a â€œpoliticized, passionate, and partisanâ€ evocation of a site, involving â€œnegotiation and contestation over who and what is represented and how.â€ Deep mappings should give rise to â€œdebate about the documentation and portrayal of people and placesâ€ and be unstable, fragile, and temporaryâ€”conversations not statements. Mapping Spectral Traces 2010.

I am intending to rewrite my initial proposal in light of research I have done.

From a starting point of a â€˜portfolioâ€™ piece which showcased work using GPS and some form of app/website I have moved to a much more general approach drawing on the whole Deep Mapping idea. Indeed the closest fit to my initial aspirations of a â€˜regional focusâ€™ has been my recent discovery of the whole â€˜deep mappingâ€™ area.

I had already seen Patrick Keillerâ€™s work and especially Robinson in Ruins which came out recently chimed with my own concerns. This has linked with the Pearson and McLucas definitions of Deep Mapping as a framework for proceeding. Indeed so much so that I am going to rewrite my initial proposal to acomodate this shift in focus. Although keen on social interaction and the kind of idea expounded in the â€˜Context Providersâ€™ book I am putting this on back burner until after M.A. completed and may form part of a larger package to take to Didcot Cornerstone Gallery (at present a gallery exposition is no longer a focus).

Deep Mapping is a complex idea and has complex outputs so the rest of this RPT M.A. is very much concerned with fitting the range of inputs into a manageable â€˜onlineâ€™ outcome as well as producing a range of discipline specific outcomes. I am no longer as focused on a specific app although it may still be produced.

I am also looking at merging google maps and a traditional website (which can be accessed through responsive or purposefully â€˜mobilisedâ€™ websites).

To me the technology is simply a frame or container for the subject matter which is my main interest. Contemporary developments in hand held devices affords greater on location interaction but this does not now seem as important to me as providing a coherent interface for my wide ranging concerns.

It is a tall order to bring together my work in disparate fields and I am aware that there will be problems and that indeed the whole project may fall over through to many inputs but that is the most interesting aspect of this kind of work for me and also something I can honestly reflect upon as being genuine research in a fairly new area.

and I also influenced by Mike Pearsonâ€™s definition

To me this social, political and people-centered focus is at the heart of my enquiry. 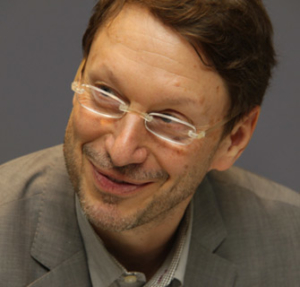 In academia there is a ‘truth commitment’ thank you Jim Elkins that perfectly expresses my ongoing problem with academia…..great interview.

Yeah, Â really! Thatâ€™s academia for you, Â because thereâ€™s a truth commitment,Â you know . . . I didnâ€™t used to think of people in the humanities quite that way, I thought maybe scientists would be that way.

James Elkins is talking about the Humanities requiring ‘truth’ in a scientific way in creative matters. This increasingly the problem with fine art and creative writing degrees they require forms of ‘justification’ and ‘explication’ to warrant validity in REF terms…..

The article also discusses the ‘photo-embedded novel’ or as Elkins calls it Â ‘Writing with Images’.

I will respond more fully to the ideas contained here in next few days…it key to the way i see my own work going now. Less academic and more ‘practice-led’.